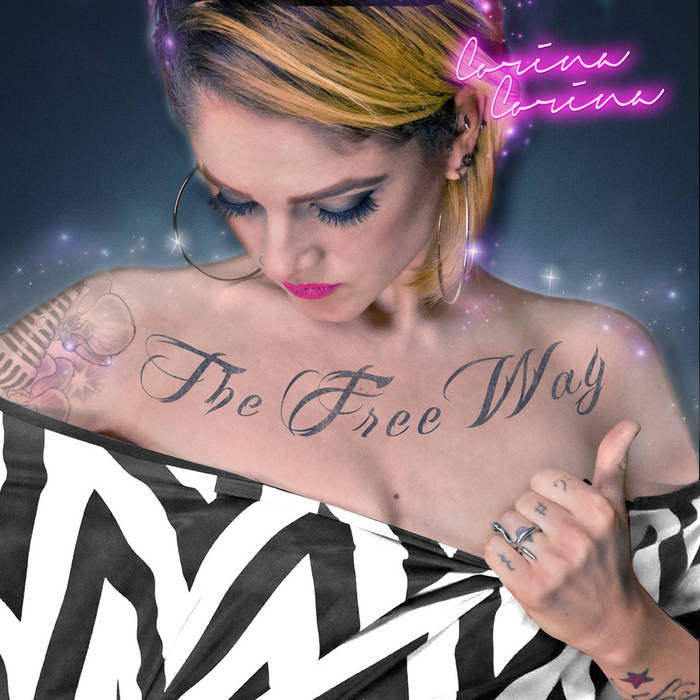 Brooklyn-based vocalist Corina Corina is proud to announce the release of her second full-length album, “The Free Way,” on March 18, 2014. The record came to fruition following two national tours in 2013 and nine months in the studio with creative partner Willie Green, who also produced her first album “The Eargasm.” Corina Corina's unique style, combining the soulful, the sexy, the sassy, and the vulnerable has once again found its home over Green's robust cinematic instrumentals. A two- week National tour will immediately follow the release.

The album's first single, “I Can’t Resist (feat. Henry Canyons)”, is an uptempo pop instrumental showcasing Willie Green's signature earth-shattering drums. The song describes the never ending cycle of being in the service industry, and how it equally supports and distracts from the creative process for an artist (“I’m sick of all of it then I take a sip / another buck a better tip I'll never quit”). In contrast, the somber and heartfelt Deto-22-produced “Kamala” showcases concepts of time and adulthood. Corina writes a letter to the daughter she hopes to have someday. (“I know how much you'll change me and my priorities / Can’t do this prematurely, baby, please wait for me”).

About the Music (In the Artist's Words)

"My compositions have always explored topics near and dear to me: sexuality and love, being a woman and struggling independent artist, and feeling out of place in the world. This subject matter has allowed me to connect with my audience since my first release. During the writing process for “The Free Way,” I was on the road as a touring artist and dealing with a massive heartbreak at the same time. This was the perfect formula for writing a very raw, dynamic and honest record that healed a lot of wounds for me.”

"Through the development process, Willie and I noticed the scarcity of modern R&B music made for adult listeners that speak about topics beyond sex, money and partying. The beauty of this project is that it is one of the few contemporary records to fill that void. The songs on this album contain themes that will especially resonate with my peers, but will also touch those of all ages and backgrounds. I have equal parts regret and pride for where I am in my life, and have written songs reflecting both of those aspects."

Vocalist Corina Corina was born in Oakland, CA, and is the eldest child of two political activists who were inspired to name her after the classic blues song. Now Brooklyn-based, she brings a fresh and melodic vocal hybrid to hip hop and modern R&B. Corina gained recognition in the New York independent music scene by collaborating with artists like Homeboy Sandman (Stones Throw), Angi3 (Tommy Boy), Jesse Abraham (Fat Beats) and internationally-acclaimed producer, Willie Green (Backwoodz Studioz), as well as sharing stages with hip hop heavyweights Talib Kweli, Action Bronson and Mr. Muthafuckin eXquire. Her debut solo album, “The Eargasm” (2012), which she co-produced with Green, touches on everything from gender inequality to self-love and resisting social norms; this loud and proud bi-sexual woman holds nothing back.

In 2013, Corina Corina expanded her fanbase by embarking on two national tours, which included stops in dozens of U.S. cities, following being featured in two showcases at South by Southwest. In addition to her tours, she also found time to release “Come Again: The Eargasm Extended,” a six-track EP featuring remixes and extended tracks from her debut effort. Corina also performs in the acoustic blues duo Max Caddy, whose 2013 debut EP, "Caddy Tracks,” garnered praise from fans and music journalists.

Corina Corina topped off her monumental year by launching a successfully funded IndieGoGo campaign to help complete, “The Free Way.” She's eager to share what she calls "the best work she's ever done" with fans across the country in 2014.

all press and media inquiries: getcorinacorina@gmail.com

All songs recorded, mixed, and mastered by Willie Green for Paul Womack Media (BMI) and recorded the The GreenHouse

Do you Mind? Ft. Elucid