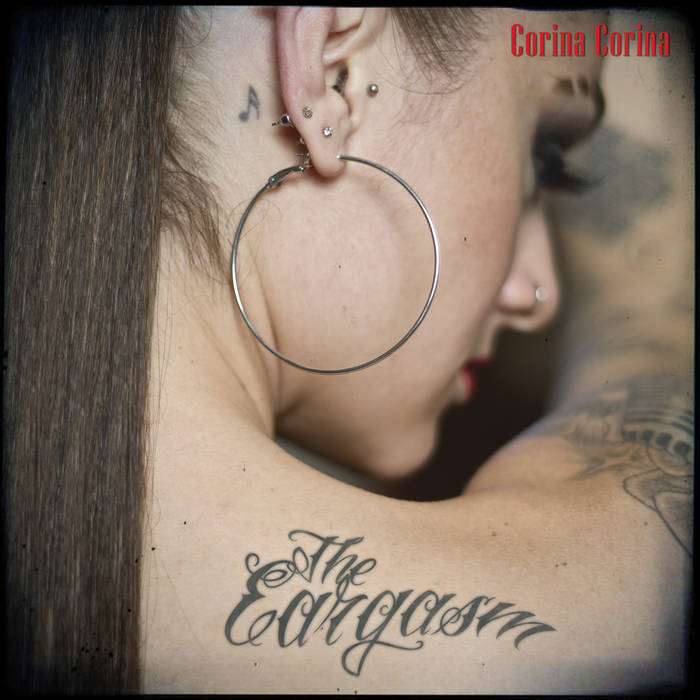 Brooklyn-based Bay Area-bred vocalist Corina Corina is proud to announce the release of her full length solo debut, The Eargasm. She has written, arranged, and co-executive produced the LP alongside internationally acclaimed hip hop producer Willie Green. The culmination of years of experience as a front woman and band leader in various jazz, blues and funk ensembles gives this project a level of depth not often found in modern R&B.

Never one to be pigeon-holed into conventional norms, Corina’s sound is difficult to compare to her contemporaries. Combine the sexy edge of Aaliyah, the sassiness of Lana Del Rey and the vulnerability of Frank Ocean and you get Corina Corina. Green describes her sound as “Sexy Bladerunner,” a combination of blues, hip hop, and pop--the same sounds that permeated her youth.

Corina gained recognition in the independent hip-hop scene by collaborating with artists like Homeboy Sandman, Jesse Abraham, and Illustrate, allowing her name to reach a broad audience and establishing her claim as an artist to watch.

This is not your average R&B record. The content of the album touches on a wide array of issues near and dear to the singer: from gender inequality to self love to her resistance to social norms, this loud and proud bi-sexual woman holds nothing back. The emotive sweetness of her voice, the rawness of her lyrics, and Green’s hard-hitting beats offer a delicious musical contrast. Corina recently released her first single, “The Familiar,” along with a full-length music video shot entirely in the Crown Heights section of Brooklyn where she now proudly calls home.
Internationally acclaimed BackWoodz Studio resident engineer Willie Green handled the bulk of production. Green, typically rooted in edgy independent hip-hop, took a delightful departure by sketching Corina’s unique soundscape.

This sort of departure is a common theme among the guest producers featured on the album. The unique involvement of hip-hop based beatsmiths, from Has-Lo, the critically hailed Philadelphia MC/Producer who gained accolades everywhere from Pitchfork to XXL, to Steel Tipped Dove, the highly buzzed about Brooklyn producer known for his work with Kool AD of Das Racist and Big Baby Ghandi, has created an entertaining, hard to pin down, and unmistakably original sound. Rounding out the roster on the boards is Connecticut’s Dirt E. Dutch and Brooklyn’s Urban Miracle. Musical contributors maintain the effort's diversity, with LA-bred female MC Eagle Nebula dropping a guest verse on the standout track “Love, Love, Love!”, Dan Costello of Kale Records joining Corina on the piano for the stripped down gut-wrencher “Royalty”, and Jesse O'Neal providing guitar on the album’s bonus track, a surprise cover of D’angelo’s “Me and those Dreamin’ Eyes of Mine.”

An across the board dynamic offering, “The Eargasm” is certain to be the defining moment in Corina Corina’s burgeoning career. Unique yet accessible, “the Eargasm” will provide just what its title offers.

2. The Good Life- Produced by Steel Tipped Dove for Quarter to Nine Studios

6. The Wrong Direction- Produced by Has-Lo for Resolution Zero

All songs except "Love Love Love!" written by Corina Corina with creative contributions from Victoria Berdy

All songs recorded the The GreenHouse except "Royalty"