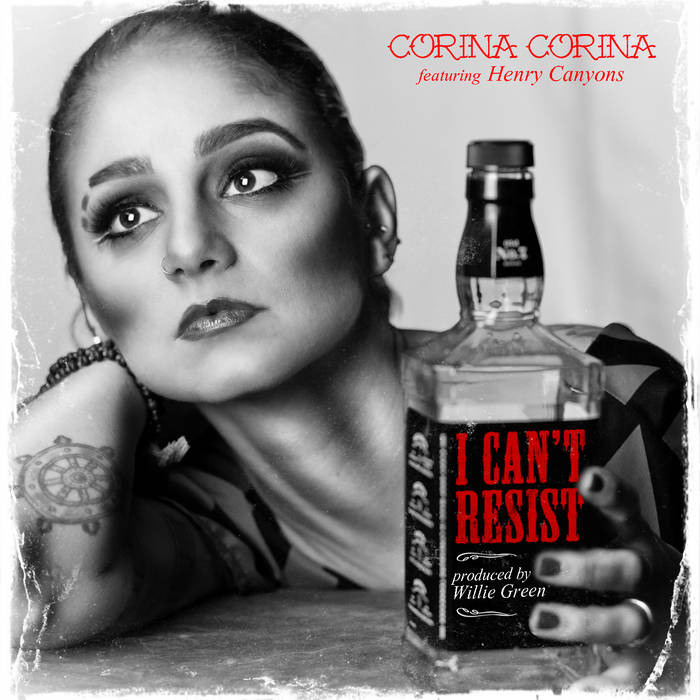 About "I Can't Resist"

Brooklyn-based vocalist Corina Corina is proud to release the first single and video from her second full-length album, “The Free Way!”

“I Can’t Resist (feat. Henry Canyons)”, is an uptempo urban pop jam showcasing producer Willie Green's earth-shattering drums, Henry Canyon's electrifying cadence and Corina's dynamic vocal range. Corina illuminates the cycle in which an artist's creativity is equally supported by and disrupted by the fast living and fast money of the service industry, singing “I’m sick of all of it then I take a sip / another buck a better tip I'll never quit, no, I can't resist!”

Lyrics for "I Can't Resist"

So much for my arts degree
At least im not out on the streets
I'm just here for the ego stroke
Call me fine, laugh at my jokes
New numbers up in my phone
But I always go home alone
They walk in charming and grown
But by night's end they're four years old


Multi-million meal discussions, power lunches, talking numbers
Truffle suppers, Hendricks punches garnished with cucumbers
Serve fake grins for big tips, tons of tight faces, fake tits
Missed mad shows so i could pay rent, no need to negotiate if this makes sense
Yea, juice worth the squeeze, how much work will it be? Hella pulp
Of course yea , it's all on me, tap into my tchi, who's he? True breed, new leaf
I yam what I am that's me, bah oui, catch speed thru the dips, peaks
shifts, weeks, riffs, beats, what it is, what it'll be, can't resist in cutting my own piece
peace!

Recorded, mixed, and mastered by Willie Green for Paul Womack Media (BMI) and recorded the The GreenHouse